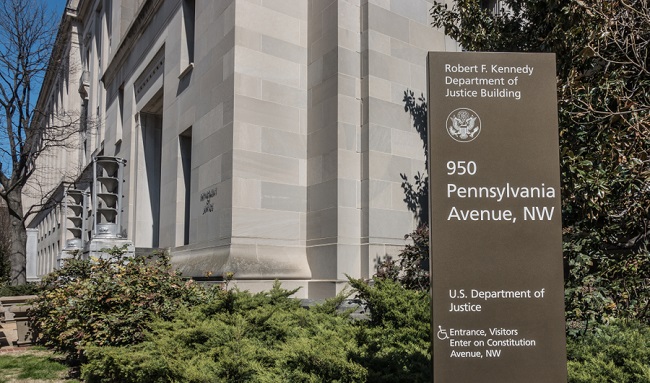 The US Department of Justice (DoJ) put tech titans under the microscope, opening an investigation into whether search and social media giants engage in practices which stifle competition and innovation.

Though the DoJ did not name the subjects of its inquiry, The Wall Street Journal reported the likes of Google, Facebook, Apple and Amazon could all face scrutiny.

In a statement, the DoJ said its review is meant to address concerns that search, social media and online retail companies are abusing their market dominance to the detriment of consumer interests and innovation. It is seeking information about potentially harmful practices from the public and industry participants, among others.

“Without the discipline of meaningful market-based competition, digital platforms may act in ways that are not responsive to consumer demands. The department’s antitrust review will explore these important issues,” DoJ antitrust chief Makan Delrahim said in a statement.

If violations of competition regulations are discovered, the DoJ said it will “proceed appropriately to seek redress”.

The move follows the creation of a Federal Trade Commission task force in February to address similar issues, and a recent congressional hearing on the same which featured testimony from Google, Apple, Facebook and Amazon.

Tech company practices have also drawn fire from US presidential candidates, who called for market giants to be broken up.

European regulators have already taken action against Google and Facebook, most notably hitting the former with a €4.3 billion fine in 2018.