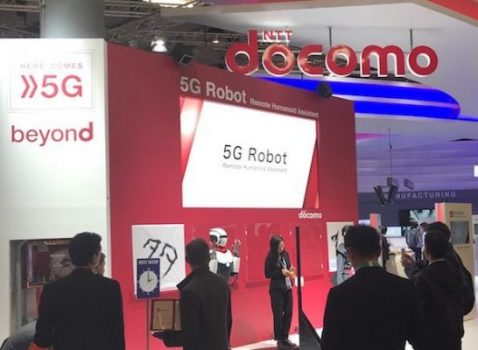 Japan-based mobile operator NTT Docomo recorded healthy bottom-line growth in its financial year ending 31 March, but service revenue was up only slightly in the final quarter and is forecast to be flat in 2018.

Fiscal Q4 operating revenue increased 5.2 per cent year-on-year to JPY1.17 trillion, while service revenue in the quarter inched up 2 per cent to JPY776 billion, which the company said was due to growth in optical-fibre broadband service users as well as the recovery of mobile revenue as a result of a decrease in the negative impact of its “monthly support” discount programme.

Equipment sales jumped 34 per cent year-on-year to JPY177.5 billion in the quarter, which was a result of an increase in smartphone sales.

Revenue from its Smart Life digital services unit fell 2 per cent year-on-year in fiscal Q4 to JPY117 billion, due to a fall in revenue from a subsidiary which began recording revenues on a net basis as a result of a change in its business model effective from 1 April 2017.

Its mobile subscriber base ended March at 76.36 million, up 2 per cent from end-March 2017. Mobile ARPU inched up by JPY50 year-on-end to JPY4,370 at the close of the recent period.

Capex during its fiscal year fell 3.5 per cent to JPY576 billion. Its 4G base station count rose 14 per cent year-on-year to 185,000 at the end of the quarter. The operator said it expanded coverage of its Premium 4G service, which delivers peak downlink rates of 788Mb/s, to 1,637 cities across Japan as of 31 March.