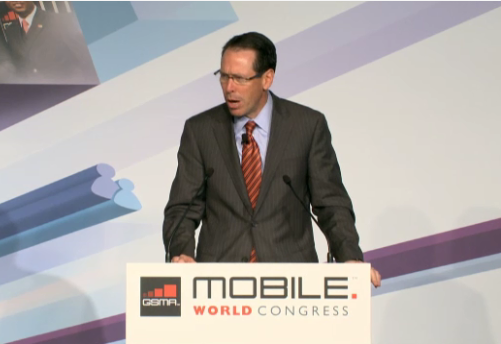 The milestone comes a little more than a year after the service launched at the end of November 2016. AT&T CEO Randall Stephenson (pictured) reported around half of the users have never subscribed to a traditional video service. The other half are cord cutters who switch from legacy video to OTT services. He added a “disproportionate amount” of subscribers are millennials and live in apartments.

Stephenson said DirecTV Now gains are expected to outpace traditional video growth going forward: the operator is lining up the launch of a second generation DirecTV Now platform in the coming months to help cash in on the trend, he said. The update will include introduction of cloud DVR features, a third viewing stream and enhanced video-on-demand capablities.

Bundle benefits
CFO John Stephens said AT&T will continue to focus on bundling its video and wireless products, citing significant churn and customer acquisition benefits. In Q4, the number of households subscribing to both video and wireless increased by 700,000, he added. For the same period, AT&T posted best ever Q4 wireless churn of 0.89 per cent.

Stephenson explained: “We believe very strongly that combining video with our mobile product is a really important element, and you will see us continue to do that and probably take it to new and different levels because it’s proving so powerful on churn. But we’re also getting to a place where we’ve learned that it’s also very powerful as it relates to customer acquisition…so you’ll see more and more of that.”