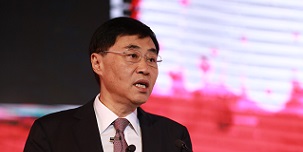 LIVE FROM GSMA MOBILE WORLD CONGRESS SHANGHAI 2017: China Mobile, the largest mobile operator in the world, plans to nearly double its VoLTE user base by the end of the year, when VoLTE penetration will reach 17 per cent.

Shang Bing, chairman of China Mobile, said VoLTE users will increase from 86 million to 150 million by end-December. The operator has launched VoLTE in 313 cities across China.

In his keynote today at Mobile World Congress Shanghai, Shang said the operator’s mobile 4G user base will reach 620 million by year-end, with 4G penetration hitting 72 per cent.

China Mobile has invested about CNY450 billion ($66 billion) over the last three years to build out the world’s largest 4G network, he said. Its 4G user base reached 583 million in May, with 4G penetration at 67.5 per cent. “One in four 4G users in the world is a China Mobile user.”

After a push from the government, he said overall mobile phone bills fell 60 per cent in 2015 and household monthly broadband fees declined from CNY51 to CNY32.7 ($7.50 to $4.85). “Our [cost-reduction] initiatives have boosted information consumption and the information economy.”

The company aims for its broadband coverage to reach 70 per cent of households by the end of the year, with fibre making up 90 per cent of the network.