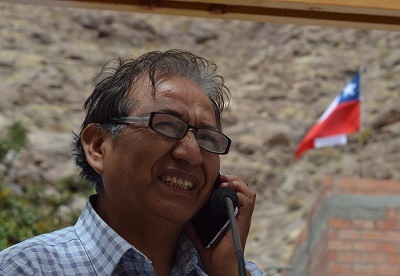 Chile needs to invest nearly $25 billion in its telecoms infrastructure over the next ten years, the Chilean Construction Chamber stated, stressing the need for participation by the private sector.

“Although Chile has high penetration ​​of fixed and mobile internet, it is still below the average of the OECD [Organisation for Economic Co-operation and Development] countries. Therefore, the challenge is to improve access to broadband and expand the fibre optic trunk network,” the chamber said in  statement accompanying the publication of its Critical Infrastructure for Development 2018-2027 report.

The chamber’s research found a total of $175 billion needs to be invested in infrastructure, including in the water, transport and energy sector.

The only issue requiring more investment than telecoms was urban roads ($60 million).

In October 2017, GSMA CMO Michael O’Hara highlighted the huge potential for change presented by the evolution of the mobile industry in Latin America.

He said the mobile industry is opening up “massive opportunities” to change industries, in turn changing the way we “live and work”. He cited a smart water meter rollout in Chile as an example, describing the project as “a simple, but effective, use of mobile IoT technology”.

Previous ArticleBlog: Are smartphone rentals value for money?
Next ArticleAltice continues disposal with €2.5B tower sale