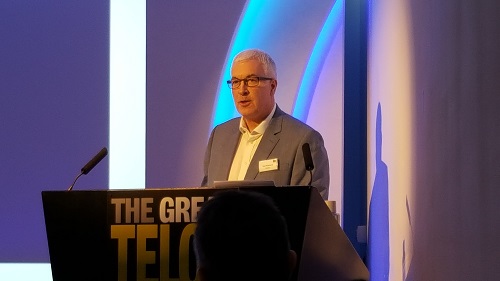 During a debate on operator business models and the prospect of new players entering the ecosystem, Pritchard (pictured) said large telecoms companies had been “complacent over the years” and should compare their customer experience processes to methods used by digital-first brands.

“Fundamentally brands that survive are those that innovate based on feedback,” he added, pointing to consumers’ increased ability to access providers in the era of social media.

“The customer is changing, [is now] well informed and less willing to stay with brands,” Pritchard emphasised: “Many will argue the customer is now in charge. You either react to customer feedback or shrivel as a brand.”

“Historically, telcos have been guilty of false promises, leaving people on wrong tariffs,” he added, asking delegates to consider who customers would trust to be their next operator: “the usual suspects” or brands he said were, in many people’s eyes, “disliked less” such as Google and Facebook?

The Jio factor
During the session, Steffan Roehn, senior advisor to Indian market disruptor Reliance Jio, said operators could take inspiration from the way his company had positioned itself as a digital brand.

Jio, he added, offered data for free at launch in a bid to protect its reputation while the network was being improved. It then used customer feedback to solve issues and address not spots.

Roehn attributed the company’s initial success, in part, to being open about imperfections in the network at launch and ensuring customers felt part of developing it.

He added success in the sector could be found by finding “innovative ways and unlearning many things”.