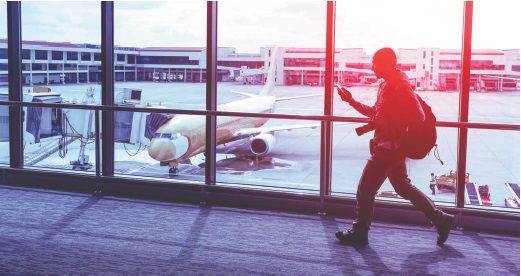 Boeing urged the US Federal Communications Commission (FCC) to make it easier for commercial aircraft to access unlicensed spectrum in the 6GHz band, as airlines aim to keep up with rapidly growing demand for on-board connectivity.

In a filing, Boeing asked the FCC to classify the interior of commercial aeroplanes as indoor locations in its forthcoming rules for the 6GHz band, rather than mandating they meet additional frequency coordination and database management system requirements.

It pressed the FCC to make the change sooner rather than later, when the “spectrum scarcity problem on aircraft could become even worse”.

Debate
The request comes as the FCC considers new rules proposed in October 2018, which would open a 1,200MHz channel of spectrum in the 6GHz band for unlicensed use.

Technology giants including Apple, Facebook, Google, Microsoft and Qualcomm supported using the band for unlicensed operations. However, the proposal was resisted by AT&T, which said stronger controls are needed to protect satellite and broadcast incumbents before unlicensed operations are introduced.

Industry association CTIA and Verizon backed a compromise which would designate the upper portion of the 6GHz band for licensed use and the lower portion for unlicensed, provided the latter includes a plan to protect against harmful interference.