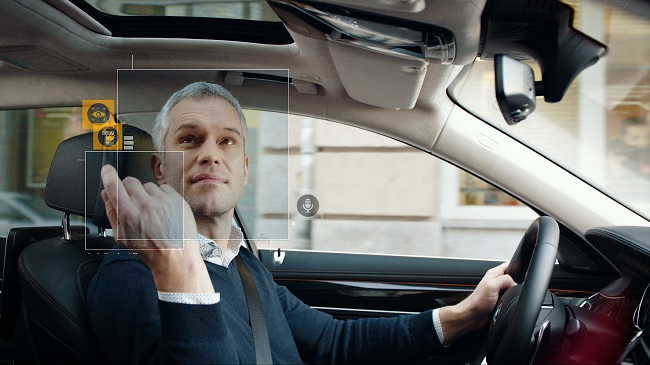 Auto-manufacturer BMW unveiled new technology around driver-vehicle interaction on the opening day of MWC19, which will make its first appearance in a commercial vehicle within two years.

Dubbed BMW Natural Interaction, the system brings together voice commands, gesture control and facial recognition to deliver what the company said is a first of its kind “multimodal operation” system.

The vehicle employs a combination of “speech recognition, optimised sensor technology and context-sensitive analysis of gestures” of their hands and fingers, something BMW said is a first in terms of interaction detection.

“Spoken instructions are registered and processed using natural language understanding”, while an “intelligent learning algorithm” brings the information together and interprets it. “This creates a multimodal interactive experience geared towards the driver’s wishes.”

Christoph Grote SVP of electronics, explained the goal of the new interface is to make intelligent cars “more human-like”. It will enable vehicles to “learn your routine, set temperatures according to your preferences and habits”.

He cited opening the sunroof or operating switches as examples, noting the system would allow windows to be opened through a combination of the driver pointing and giving a verbal instruction. But the possibilities go further: “Outside the car, you can point at a restaurant, ask if it’s any good and book a table.”

Grote predicted the system will become the “ultimate companion”, one which “knows what a driver wants before they, themselves know”.

It will first be used in the company’s iNext vehicle, due in 2021.

Subscribe to our daily newsletter Back
Previous ArticleStart-ups bring innovation and challenges to investors
Next ArticleGLOMO Awards: Consumer Category