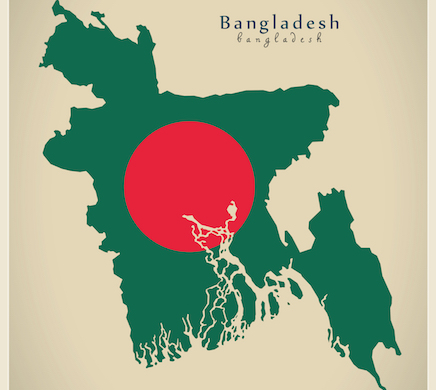 Bangladesh’s mobile operators received welcome news from the country’s telecoms regulator which recommended reducing 4G licensing fees by a third ahead of a planned auction in September.

The Bangladesh Telecommunication Regulatory Commission (BTRC) slashed both the licensing acquisition fee and the annual licensing fee by 33 per cent to BDT100 billion ($1.22 million) and BDT50 billion respectively, The Daily Star reported.

A fee for converting spectrum to a new cellular technology on the 900MHz and 1.8GHz bands will also be reduced to $7.5 million per megahertz from $10 million, while the revenue sharing percentage for 4G services will be cut to 5.5 per cent from 15 per cent.

In a meeting with the Prime Minister’s ICT Affairs adviser Sajeeb Wazed Joy, the BTRC decided to drop an earlier restriction on the source of funding for the auction, which would have required all investment to be made in foreign currency.

The recommendations were forwarded to Prime Minister Sheikh Hasina, who also heads the telecoms ministry, and the auction is planned for next month.

BTRC announced in February it planned to issue 4G licences within a month and to hold an auction in four months, which will be open to the country’s four existing mobile players as well as a new participant.

Under the 4G auction obligations, operators have to roll out 4G service across the country within three years of receiving the 4G licence.