Apple building $1B Austin site in US expansion 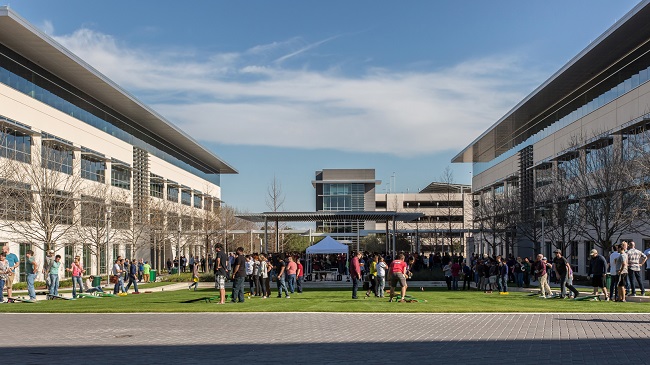 Apple revealed it will spend $1 billion to build a sprawling new campus in Austin, Texas, as part of a larger plan to open additional offices and expand existing operations in a number cities across the US.

The 133-acre worksite will initially house 5,000 employees, with enough space for 15,000 in total. Jobs offered at the site will include positions in engineering; R&D; operations; finance; sales; and customer support.

Apple first announced it was on the hunt for a new campus location in January: its decision to build big in Austin isn’t necessarily surprising. The company already has a strong presence of 6,200 employees in the city, which Apple said represents its largest population of workers outside its headquarters in Cupertino, California.

The company also laid out plans to open new offices in Seattle, Washington; and San Diego and Culver City, California over the next three years, growing staff levels in each city to more than 1,000. Additionally, it will expand existing sites in Pittsburgh, Pennsylvania; Boulder, Colorado; and New York City.

Tim Cook, Apple’s CEO, said in a statement: “Talent, creativity and tomorrow’s breakthrough ideas aren’t limited by region or zip code and, with this new expansion, we’re redoubling our commitment to cultivating the high-tech sector and workforce nationwide.”