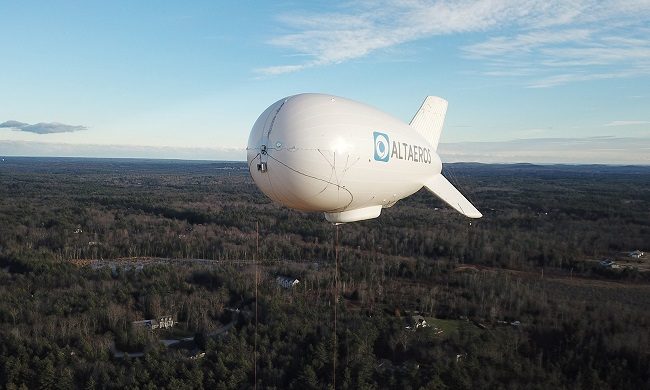 Ben Glass, CEO and CTO of the company, told Mobile World Live (MWL) the company is testing the system with “some of the big carriers that are household names”, with a view to deploying it in the latter part of 2019 and early 2020.

The executive did not confirm which operators are testing the technology. However, applications filed with the Federal Communications Commission show it conducted FDD-LTE tests in PCS spectrum and more recently trialled TD-LTE at 2.5GHz.

A Sprint representative told MWL it allowed Altaeros to use some of its 2.5GHz spectrum for the latter testing, but did not confirm whether it is evaluating the technology for itself.

Verizon flat denied it is involved: AT&T and T-Mobile US had not responded at the time of publishing.

Flying high
Altaeros aims to build on the recent launch of its SuperTower, which employs small airships called aerostats to hoist cellular radio equipment 800 feet into the air.

He claimed SuperTowers can cut 60 per cent from the cost of building and operating a rural network, primarily because fewer of them are needed to serve a given area (one aerostat can do the job of 15 terrestrial towers), offering financial benefits for rural 5G deployments.

“If you look at the trajectory of new technologies historically they’ve all started in urban areas and slowly trickled out into rural markets. But with 5G a lot of the use cases are pretty relevant for rural areas, and we think SuperTowers will allow carriers to accelerate the rural 5G build so it keeps pace with the urban build.”

Unlike Google’s free-floating Loon ballons, the aerostats are held in place by tethers, along which power and fibre cables are run.

Glass explained the height allows the sites to provide a cleaner line-of-sight to subscribers than ground-based towers and coverage of more than 35 miles.

Despite the unique form factor, Glass said the set-up is similar to that of traditional towers: baseband equipment on the ground; radios and antennas in the air; and cabling to bridge the gap. SuperTowers use the same off-the-shelf kit as employed by mainstream operators, though reconfigured to provide more capacity than the average macro site.