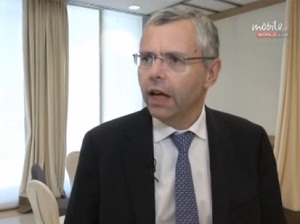 CEO Michel Combes said that infrastructure vendor Alcatel-Lucent is “in a strong position to capitalise on profitable growth opportunities and will focus on operational excellence and quality of service”, as it boosted its Q4 profit.

The company reported a profit attributable to equity holders of €271 million, more than doubled from €134 million a year earlier. Revenue of €3.68 billion was down 6 per cent on a comparable basis.

Alcatel-Lucent has been through a long period of restructuring, with the CEO admitting that two years ago the business was in “financial distress”. He said today that he is “confident we will reach our positive free cash flow target in 2015”.

Q4 sales of wireless access products decreased 9 per cent year-on-year to €1.21 billion, with sales driven by LTE capacity projects in the US and TD-LTE projects in China, “but at a more moderate pace compared with the first half of 2014”.

It also continued to diversify its LTE customer base, with 11 new wins in the fourth quarter, including AINMT in Scandinavia, and expanded its small cell presence, signing three new customers to take its total to 76.

The company improved profitability in its Core Networking segment, increasing to €288 million from €258 million on revenue which increased 1 per cent to €1.8 billion.

Excluding Managed Services, revenue was flat for the year. Profit was impacted by reduced financial expenses and higher income tax benefits in 2014, as well as an impairment charge in the prior-year period.

Full year wireless revenue increased by 4 per cent to €4.69 billion.