New Internet applications are emerging every day, smartphones keep getting more and more affordable, and operators around the world are offering speed upgrades and price reductions. All of these factors are stimulating rapid development of a global communications industry. By the end of 2017, 651 LTE networks and 219 LTE-Advanced and LTE-Advanced Pro (4.5G) networks had been deployed worldwide. The 11th annual Cisco Visual Networking Index (VNI) Global Mobile Data Traffic Forecast (2016 to 2021) projected that mobile data traffic overall will increase seven fold over the next five years.

Adding sites and spectrums are the basic ways to improve network capacity while these resources are in short supply. Multiple-input multiple-output (MIMO) technology can multiply the capacity of networks without using additional site and spectrum resources. To this end, MIMO has become a key technology that today’s operators are focusing on. More than 100 4T4R networks have been deployed worldwide so far.

Massive MIMO, the most advanced MIMO technology, attracted a lot of attention from the industry. In January 2017, China Unicom completed the first field test of FDD Massive MIMO, and they are followed by other leading operators in over ten countries from around the world, including Thailand, Spain, Turkey, Indonesia, Philippines, and Russia. Massive MIMO networks can provide three to five times the capacity of traditional 2T2R LTE networks. This relieves much of the network congestion in hotspot areas, especially in central business districts, shopping malls, and campuses. Massive MIMO is also a core 5G technology. A number of leading operators have planned to deploy commercial LTE FDD Massive MIMO networks since 2018 to provide ultimate user experience. It is predicted that operators around the world will tend to commercially deploy Massive MIMO on a large scale in 2018.

A mature Transmission Mode 9 (TM9) industry is preferred to maximize the benefits of FDD Massive MIMO. Technologically, the relationship between Massive MIMO and TM9 is based on the following facts:

As a new transmission mode specified in 3GPP Release 10, TM9 introduces a UE-specific reference signal (RS) for channel state information (CSI) measurement and feedback. A base station can therefore assign different CSI-RSs to different UEs. Together with the UE-level demodulation reference signals (DMRSs), UE-specific narrow beams are formed to improve the user experience and mitigate the inter-user interference. Additionally, the network capacity is also increased by MU-MIMO which schedules multiple users simultaneously on the same resources.

Before 3GPP Release 10, only the cell-specific reference signal (CRS) could be used over the LTE air interface to measure and report the CSI and to demodulate the data. When multiple-antenna technologies are used, signals from each antenna are transmitted along different paths. A group of CRS resources needs to be assigned to each antenna port to accurately measure the CSI for each antenna signal. A larger number of antenna ports results in increased air interface resource overheads. When two or four ports are used, the RS overhead accounts for 9.5% or 14.3% of the total, respectively. When eight or more antenna ports are used, the RS overhead will have a negative impact on the gains from the multiple-antenna technology. As a result, no more than four CRS ports can be used. In these circumstances, TM9 is introduced and two new RS types are specified: the CSI-RS and the DMRS. The first is used to measure and report the CSI, and the latter is used to demodulate the data. The CSI-RS consumes few air interface resources to measure and report the CSI. The DMRS is transmitted along with the data and is applied on demand. Therefore, the introduction of TM9 can break through RS restrictions on the number of antenna ports, enabling eight or more ports and promoting further evolution. 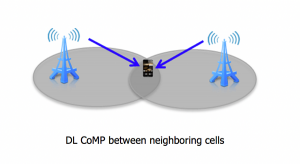 The UE-specific CSI-RS in TM9 can be used to accurately measure the data streams sent by neighboring cells and to coordinate scheduling. According to the lab test results, TM9-based DL CoMP can increase the cell-edge throughput by 20% to 40%.

TM9 greatly improves beamforming and MU-MIMO capabilities on Massive MIMO networks. For example, if Rel-14 TM9 phones with 4 antennas are used, a 32T32R massive MIMO cell with TM9 enabled has up to 6.5-fold capacity increase over a 2T2R cell. Even in 2T2R and 4T4R network, TM9 can be used to significantly increase the gains for CEUs. TM9 fully utilizes the advantages of multiple-antenna technologies and improves user experience to a record high.

3GPP introduced TM9 in 2011. Mainstream chipset vendors, such as Qualcomm and HiSilicon, started releasing TM9-capable chipsets in 2014. For terminals equipped with TM9-capable chipsets, TM9 can be enabled by simply accepting the software released by terminal vendors. There are more than 20 models of smartphones hardware supporting TM9 on the market. When TM9 is enabled on a commercial network, users can enjoy exclusive data transmission channels by upgrading the software on their mobile phones.

More than 10 leading operators, including China Mobile, Verizon, and SKT, have started testing TM9 on their networks. It is foreseeable that the year 2018 will witness the continuous development of multiple-antenna technologies and the large-scale commercial deployment of TM9.