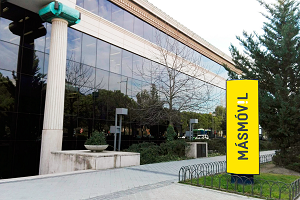 The trials follow the formation of a joint venture between Masmovil and BNP Paribas subsidiary Cetelem in late 2017, with the banking company owning a controlling stake in the JV.

At the time, the two companies said the agreement would cover both the provision of finance services to Masmovil, and the formation of consumer-facing financial services to be provided under the operator’s brand.

News of the imminent launch of its pilot phase comes as rival mobile operator Orange continues to prepare its own mobile banking launch in Spain.

Following service roll-out in France in 2017, Orange confirmed Spain would be the second market to receive its mobile-first Orange Bank service – provisionally scheduled for commercial release in 2019.

Both brands, though, face fierce competition from existing banks in Spain which have already developed and released mobile-only or mobile-first banking brands.

CaixaBank unveiled what it hailed as the country’s first mobile-only bank, aimed at millennials, in 2016. Since then rival institutions have introduced various levels of mobile-focused propositions in the country – making Spain one of the most advanced nations in mobile banking.

MasMovil board backs €3B takeover bid