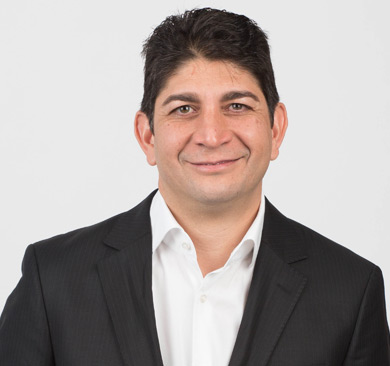 Vodacom reported rapid growth in its m-pesa mobile money userbase across every market the company operates the service in, as it prepares to export Safaricom’s wildly successful model to new countries.

Reporting its results for the six months to the end of September, Vodacom CEO Shameel Joosub (pictured) said m-pesa customers and transaction numbers grew impressively in Tanzania, Mozambique, Lesotho and the Democratic Republic of the Congo (DRC).

Compared to the same point in 2016, Vodacom Tanzania reported a 12.7 per cent rise in active users for m-pesa to 7.9 million. Larger rises were reported in its other markets, though from a lower base.

In Mozambique m-pesa customer numbers increased by 58 per cent to 3 million, while in DRC users were up 53 per cent to 2.5 million. Its base in Lesotho reached 481,000 – a rise of 50 per cent. The company does not offer the service in its home market of South Africa.

Vodacom, which now includes Safaricom in its figures following the acquisition of Vodafone’s stake earlier this year, processes ZAR106 billion ($7.3 billion) worth of m-pesa transactions per month, of which ZAR82 billion are from Safaricom.

“M-pesa continues to shoot the lights out and we are at critical mass at all of our markets,” Joosub said. “We will continue to drive the expansion of the ecosystem. In Kenya we are now moving into e-commerce and in our international markets we are progressing our ecosystem every year.”

Vodacom partly attributed the growth to a number of technical improvements made to the system across its markets, which it said increased customer trust and boosted transaction numbers.

“M-pesa continues to grow almost exponentially,” Vodacom Group CFO Till Streichert added. “We have reached critical mass in all of our markets if you look at the number of customers using the system.”

“Transaction volumes have grown significantly ahead of customer numbers, which tells you the ecosystem is growing fast.”

Earlier this year, following the Safaricom stake acquisition, Joosub said Vodacom planned to export m-pesa to markets it currently doesn’t operate in a bid to become the leading company for the service across Africa.