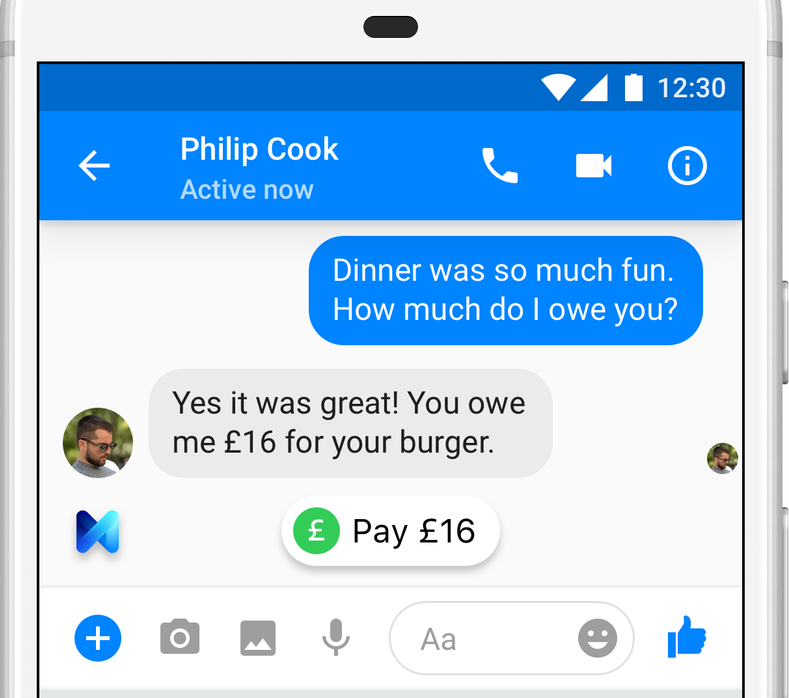 Facebook expanded its Messenger payments feature into its second market, 28 months after the service was launched in the US.

The service had been widely touted for rollout beyond its home market since being unveiled in 2015. Speculation increased in December 2016 when Facebook received an e-money licence valid for the European Economic Area from the Central Bank of Ireland.

Facebook attributed the slow international rollout to the long, complicated, process of integrating the system with companies operating in the finance sector.

As with the US version of the service, users can register payment cards with Facebook Messenger and send money to other users in the standard chat window.

Alongside payments, artificial intelligence (AI) bot M is also being made available in the UK. The bot will suggest making a money transfer whenever two people are discussing payment-related topics on its platform.

Popular feature
According to the company, the service enjoyed success in its home market partly because “people often want better ways to express themselves when sending money – for example adding accompanying text, emoticons, pictures and GIFs.”

P2P payments through chat apps has been one of the hot areas in mobile payments so far in 2017, as major players across the world work on integrating chat into payment apps and money transfer into chat.

In India last week, popular wallet provider Paytm added Inbox after message app Hike added P2P money transfer earlier in the year. Facebook-owned WhatsApp is reportedly working on a similar feature, while Apple is set to add payments to its US iMessage platform in a future update of iOS11.