At an event in Shanghai, Lei Jun, the company’s CEO, said: “You’ll say that we crushed iPhone X, and totally bulldozed iPhone X, but we compare with the iPhone X because it’s the best in the industry and that’s why we look up to it.”

A significant portion of the event was dedicated to Xiaomi’s design credentials, including various awards it won. Describing the new device as featuring “full screen 2.0, with even narrower frame, so the screen to body ratio increased significantly,” he said this is “much more beautiful than the common design with a notch”. 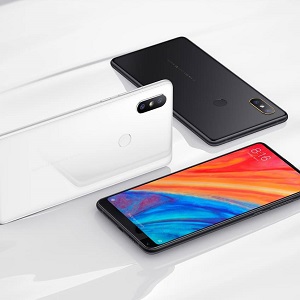 It scored a DxOMark score of 101, compared with (for example) 98 for Google’s Pixel 2 (which was the highest scoring at the time, but has now been beaten by Huawei’s P20). The Xiaomi chief also said that this comes as the company “continues to optimise its performance”.

For the China market only, it includes an artificial intelligence (AI) voice assistant. Following the launch of an AI speaker in 2017, the executive said “more than 10 million people used the voice assistant on the loudspeaker, and with that our system continually improved”.

“The Chinese localisation of Siri still has its flaws. Siri is actually one of the best and most successful voice assistants in the world, but after the major breakthroughs in artificial intelligence in China especially, in Chinese language we have gone very far,” he continued.

With Xiaomi having revealed at the Snapdragon Technology Summit in December 2017 it was readying a Snapdragon 845-powered device, it comes as no real surprise Mi Mix 2S is powered by Qualcomm’s latest high-end chip: it is “the first phone in China which houses Snapdragon 845”. It also offers 8GB of RAM and up to 256GB of storage.

The CEO said this is “definitely the top specs in the industry,” putting it ahead of Samsung’s Galaxy S9 and Huawei’s Mate 10 Pro, as well as the Apple device.

Also on board is wireless charging, with the CEO pointing to the price of charging docks as a roadblock for adoption of the technology. With rival products from Apple and Samsung priced at around CNY500 ($80), Xiaomi has introduced one priced at CNY99, enabling customers to buy more than one.

Xiaomi also used the event to take the wraps off two other products: a high-spec gaming-oriented laptop, and “mini” AI speaker.