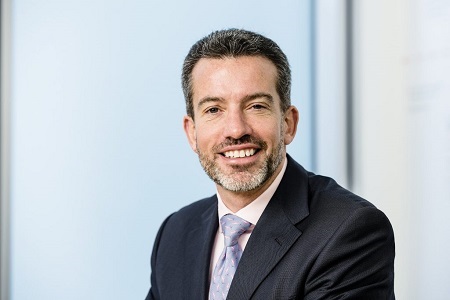 Vodafone UK is teeing up new content bundles and prepaid products as it looks to build on recent work to improve its network and customer service operations.

Speaking at a briefing this morning (19 October), Nick Jeffery, CEO of the business (pictured), said: “We are now at a point where I think we’ve got a platform where we can start to innovate commercially, and offer new and exciting things to the market.”

“There are two underpinning foundations behind where we want to take this company in the UK. A truly excellent network and truly good customer service are at the epicentre of what we do. Get those things right – and there’s more still to do – then we can start to layer an interesting commercial proposition on top of that.”

Content bundles
Later this year, Vodafone Passes will be launched in the UK, following availability in other markets including Germany, Spain and Italy. Four passes will be available, zero-rating supported apps within the category (video, music, social or chat).

Vodafone addressed the question of net neutrality by arguing participation in the proposition is open to any app maker, “big or small”.

David James, marketing director at Vodafone UK, explained: “The whole value in this kind of proposition is the amount and the breadth of the apps that are included.”

The operator said customers “don’t understand gigabytes” and are worried about out-of-bundle service charges: Passes are a way to address this.

“Very few of our customers would really want to buy a full unlimited package, but they really like the idea of buying into the categories where they know they are using a lot,” James said.

When asked about zero-rating high bandwidth services such as video, and services with long user sessions including music, Jeffery commented: “It’s fair to say our network isn’t capacity constrained, spectrum constrained or, at the moment, reliability constrained. So we can launch propositions like this based on the confidence we’ve got that the investments we have made over the last couple of years really do scale-up behind this kind of proposition”.

Video services will be “optimised, not throttled”, however.

James said declines in the prepaid market do not reflect the value customers place on it: “Loads and loads of them tell us they like the control you get with pay as you go,” he explained, adding the new tariff is a bid to “reinvent” the approach “a little bit.”

Pay As You Go 1 caps charges at £1 per day, with unlimited voice and text, and a 500MB data allowance. Vodafone is also using pre-call announcements for out-of-bundle traffic (such as international and premium rate calls), so users are aware when additional charges might be incurred.

Jeffery also noted its Voxi youth-oriented service launch had been “very successful, ahead of our expectations”.

“The message is Vodafone is back – the network is good, we are investing heavily in customer service, we are listening incredibly closely to what our customers are telling us, good and bad,” he said.