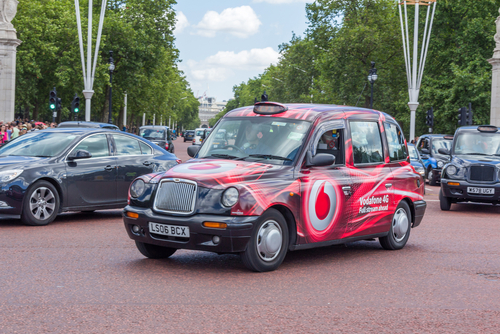 Vodafone UK’s days of being in the “digital wilderness” are over, as the company opened up on ambitions to set the industry benchmark for customer experience through artificial intelligence (AI) and voice recognition technology.

In a press briefing held in London, director of commercial and customer operations Neil Blagden said defiantly Vodafone “will be a leading digital company”, while performing demos on how it was integrating messaging, AI, voice biometrics and Amazon’s Alexa into its customer service operations.

Blagden said the drive to be more digitally capable came after Vodafone’s net promoter score (which it uses to assess its overall brand reputation and customer interaction) hit a “very poor” rating of -35 per cent in November 2015, largely driven “by poor customer experience”.

He revealed the operator was inundated with billing issues from pay monthly customers, and its systems were not able to deal with the problems.

The company then embarked on an 18 month drive to improve the situation, which included the closure of 12 contact centres, “some of which were underperforming and operated in the wrong locations”, said Blagden.

In April 2017, Vodafone’s net promoter score has seen a 60 point positive shift to hit +25, while its Ofcom complaints are “now just above the industry average”.

In November 2015, this figure was four-times above the industry average.

The improvement, said Blagden, came after an effort to move the company forward based on a three-tiered strategy: operationally; digital care transformation; and content transformation.

Messaging and AI
Its first demo showed how customers can use the My Vodafone app to make queries and complaints on a messaging system talking directly to agents.

In an announcement today, the company said it was now offering 24/7 customer support across Facebook and Twitter, building on its existing web app, and the move makes it the first major telecoms operator in the UK to offer round the clock social media support.

Also in the briefing, the company demonstrated TOBi, its AI-based chatbot which launched in April this year.

Vodafone said TOBi’s capabilities had now expanded to cover account specific questions, and it can “understand what a customer needs help with more than 90 per cent of the time”.

The AI system will also be handling even more account transactions by the end of the year, Vodafone said.

Despite TOBi’s widening role, Blagden maintained the operator’s investment to also provide customers with human agent assistance, as well as voice support, was the right strategy to pursue.

“AI is going to grow, and will be everywhere, but the technology to completely take away voice does not exist yet,” he said.

Customers can use Amazon Alexa, and ask the digital assistant about their personal Vodafone account. The service will be available “later this summer.”

Along with the digital initiatives, Vodafone also said it was enhancing its network in the UK by combining some existing spectrum bands “to increase the availability and quality” of 4G across the UK.

It also refreshed its pay as you go tariffs.