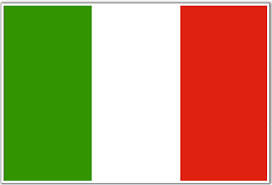 Telecom Italia had a takeover bid for Metroweb rejected by the company’s partial state owners last year but had reportedly planned to revitalise its bid after rivals Vodafone also showed an interest.

The UK group submitted a preliminary bid in March as part of a strategy to enhance its quadplay services in the country, but a deal also did not surface.

The state has so far shunned advances from both players, which is reportedly keen to keep the company neutral and open up its assets to all operators.

Prime Minister Matteo Renzi is also embarking on a $13 billion plan to upgrade Italy’s phone infrastructure, and Reuters reports Metroweb is seen as one of the building blocks towards that goal.

Metroweb operates a fibre optic network in Milan and Lombardy, and is a highly attractive acquisition target for Italy’s top two operators as they strive to establish dominance in the mobile market by leveraging network infrastructure with bandwidth heavy services.

In a joint statement, Wind, Vodafone Italia and Metroweb said the new fibre project was open to other operators and investors that are ready to pursue the goals set by the government.

The statement did not include any details on a timeframe for the fibre rollout, or the size of investment committed by all parties.