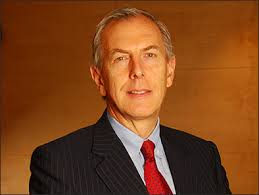 Martin Pieters (pictured), after six years at the Vodafone India helm, stepped down yesterday, but not before airing his views once again about how difficult it is for India’s operators to generate attractive returns for shareholders.

In his last day of office, as reported by Financial Express, Pieters pointed out that Vodafone India had paid the government INR750 billion ($13.9 billion) over the last five years but had not given shareholders anything.

He also argued that the large sums doled out in India’s recent spectrum auctions would inevitably squeeze network investment.

Pieters, who continues on the company’s board as a non-executive director, is replaced by COO Sunil Sood – the first time an Indian has been appointed as Vodafone India CEO.

The company’s total revenue, which stood at around INR20 billion when Pieters arrived, doubled to over INR40 billion.