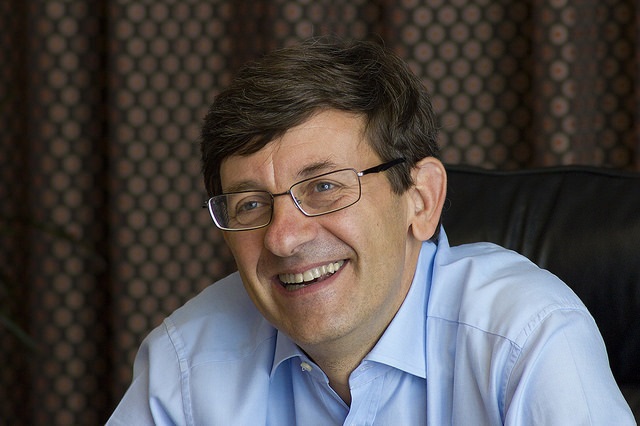 Vodafone India’s deal to merge with Idea Cellular is “momentous” for the country, said Vodafone Group CEO Vittorio Colao (pictured), as he expressed confidence the market will return to growth following the upheaval caused by new entrant Reliance Jio.

Colao, speaking on a conference call after Vodafone Group and Idea Cellular owner Aditya Birla Group announced their long mooted merger, said the deal not only serves to enable both companies to compete better in the market with wider coverage and more spectrum, but also “creates a better industry structure”.

Should it gain regulatory approval the merger will complete in 2018, and would put the merged entity in top spot in India’s cut-throat mobile market – displacing long-term leader Bharti Airtel – with almost 400 million subscribers and a 37 per cent market share.

It would also cut the market down to five players, with Airtel, Jio and the merged Vodafone-Idea entity operating as the major players.

Colao described all three players as having “big ambitions”, and he did not deny the proposed merger was prompted by increased competition in the market following the entrance of Reliance Jio late last year.

However, he was equally bullish on the merged company’s ability to compete with Jio, which came to market offering free data for a limited period, while casting doubt on the long-term viability of such a strategy.

“Their free data offering is finishing in April, they have to charge, and both Vodafone and Idea have increased data allowances to respond effectively to the newcomer.”

Colao continued: “This deal improves the industry structure and allows us and Idea to be more competitive in the future. No doubt the other players will remain competitive but nothing will remain free forever, and the market will grow again. If someone else comes into the market with $25-$30 billion in funding and start giving stuff away for free, their shareholders will still want to see a return some day.”

Half a piece of the big pie
During the call, the company talked extensively about expected synergies resulting from the deal.

Nick Read, group CFO, said Vodafone was “strong where Idea are weak”, and the same was applicable the other way.

Together, Vodafone said the merged entity would “provide scale” in every single region of the country, with “a debt of spectrum in all circles, and a compelling data road map”.

Colao also defended the company’s decision to enter into a joint venture with Idea, insisting the move was not against a previous strategy it announced to exit markets where it did not have full control.

He said the company was not “religious” in its approach, pointing to the recent merger with Liberty Global in the Netherlands.