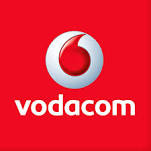 South Africa-based operator Vodacom warned that “conditions are expected to remain challenging” in the immediate future, particularly in its home market, where it is facing the impact of lower mobile termination rates, constrained consumer spend and “intense competitive pressure”.

In international markets, particularly Tanzania and the Democratic Republic of Congo, it said that continued pricing pressure is also likely to have an impact. But positive trends in the adoption of smart devices and data usage will help offset this, as will a focus on reducing operating costs.

Group operating profit decreased by 5.7 per cent to ZAR9.43 billion, due to increased depreciation and amortisation resulting from an accelerated capital expenditure programme, and a loss of ZAR65 million from associates.

It said that mobile termination rate cuts in South Africa reduced service revenue by “almost a billion rand”. In order to offset the impact of the cuts, the company said it has “continued to implement a range of cost management programmes”. Service revenue in South Africa decreased by 1.3 per cent to ZAR23.44 billion.

International service revenue increased 13 per cent to ZAR7.37 billion. The company said that growth beyond its home market came from an increase in customer numbers supported by an accelerated network investment programme.

In South Africa, the company has invested ZAR4.1 billion in its network, including more than 1,000 new LTE base stations and 745 new 4G sites. It also said that a six-year network modernisation project means it is “4G-ready countrywide and just needs access to sufficient spectrum to make it operational”.

Internationally, it said its spend is focused on “increasing both coverage and capacity, while also extending our data network to cater for continued growth”.