US probes accusations of collusion in eSIM proposals 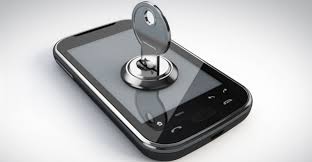 US authorities began an investigation into accusations AT&T, Verizon and the GSMA colluded in an attempt to establish eSIM standards which would prevent consumers easily switching carriers.

Pending the outcome of the investigation, GSMA activities around forming the standards have been put on hold.

The New York Times (NYT) reported the Department of Justice (DoJ) probe follows complaints from at least one device maker – thought to be Apple – and an operator about clauses in the proposed eSIM standards which would allow devices to be locked to specific networks.

eSIM is the next generation of SIM technology, intended to replace physical cards with software offering the ability to remotely switch a device between operators. The technology allows one device to host multiple connectivity providers and is designed for use across the whole spectrum of wireless devices, including smartphones and IoT modules.

In a statement the GSMA said it was working with leading operators, device manufacturers and SIM makers worldwide on global eSIM standards – which included the “option” for the eSIM to be locked.

“In the United States, consumers would have this option,” it added. “However, they [the consumer] would need to explicitly consent to this under specific commercial agreements with their mobile operator, for example when purchasing a subsidised device.”

The Association added the development of the specification was on hold pending the completion of the investigation and it was fully cooperating with the DoJ.

In comments made to NYT both operators confirmed they were aware of the investigation and were working with authorities.