US penalty drags Ericsson into the red - Mobile World Live

US penalty drags Ericsson into the red - Mobile World Live

US penalty drags Ericsson into the red 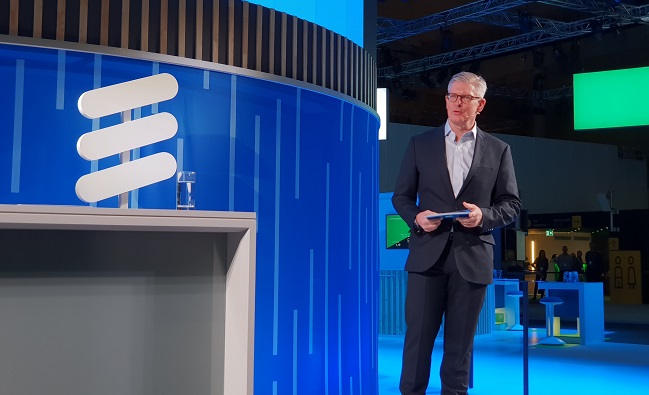 Ericsson CEO Borje Ekholm (pictured) emphasised the vendor remained on track to deliver on long-term growth targets, highlighting strength in its underlying business during the third quarter, a period when earnings were hit by a significant financial penalty in the US.

On a call with analysts, Ekholm noted Ericsson continued to execute on a strategy outlined in 2017, ending Q3 with a strong net cash position of SEK37 billion ($3.8 billion) despite headwinds associated with provisions made for an SEK11.5 billion settlement with the US Securities and Exchange Commission (SEC) and Department of Justice (DoJ).

In addition to the US troubles, the Ericsson CEO also highlighted broader headwinds in terms of global political uncertainty. He noted this was having an impact on customers, with some delaying investment decisions, though this had yet to impact its order book.

Break down
Ekholm emphasised cash flow remained strong during Q3, stating the company maintained a “good gross margin” despite adjustments made for the US settlement and absorbing the impact of a dilution in strategic contracts.

He highlighted an improvement in figures from its Digital Services business unit, noting Ericsson remained focused on creating a “strong unit in the long term” rather than targeting the “fastest possible turnaround”. Operating loss declined from SEK1.8 billion in Q3 2018 to SEK0.7 billion, with revenue up 10 per cent to SEK9.9 billion.

The Emerging Business unit took a hit, with an operating loss of SEK11.3 billion up from SEK1 billion and sales of SEK1.6 billion down 33 per cent. Ekholm remained bullish, noting the unit was generating “good growth”, with IoT a particular highlight.

The Networks unit generated growth across the board: operating income grew 28 per cent to SEK7.2 billion on sales of SEK39.3 billion, up 9 per cent. Ekholm said he was encouraged by the “strong growth we see in our new growth portfolio to combat decline in the legacy portfolio”.

In an interview, Fredrik Jejdling, EVP and head of Business Area Networks, told Mobile World Live the portfolio shift is evident in the “positive trends” from the Digital Services business during Q3, explaining the vendor is beginning to “put less effort” on legacy R&D to focus on growing its new business areas.

Overall, the vendor’s net income was inevitably impacted by the hefty US settlement, slipping to a loss of SEK6.9 billion from a SEK2.7 billion profit in Q3 2018, on revenue of SEK57.1 billion, up 6 per cent.