Trump plays down ZTE lifeline as part of wider talks 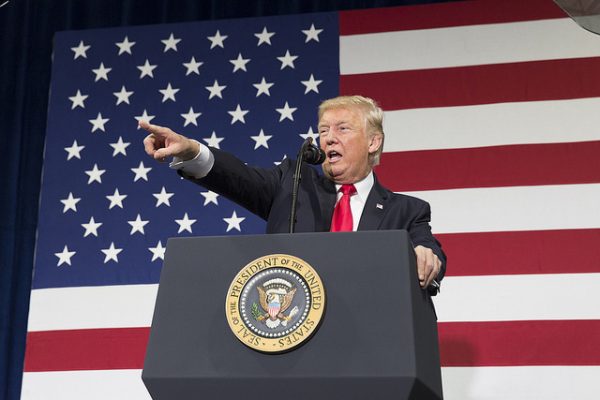 US president Donald Trump (pictured) dismissed media claims a deal to save ZTE was set to be struck separately from its ongoing trade negotiations with China, stating so far “nothing has happened” in relation to the vendor.

In a tweet, Trump slammed reports in the US – some quoting senior political figures in the country – stating ZTE would be dealt with as a special case. He instead linked discussions about the vendor to broader trade talks with China.

The latest twist comes four days after Trump demanded the US Department of Commerce find a way to get ZTE “back into business, fast” adding too many jobs in China had been lost.

Earlier this week, Reuters reported speculation Trump’s apparent bid to loosen sanctions on ZTE had led to a Congressional backlash, with politicians instead pushing for tighter restrictions on the Chinese vendor on perceived national security issues.

Sanctions
ZTE has proved a controversial issue for the US government with the Chinese vendor currently appealing a ban slapped on US companies selling it goods and services. The sanction related to a dispute on the evidence the vendor gave during an investigation into its trade in Iran when the country was subject to a trade ban.

Several US-based businesses are key suppliers to ZTE including Qualcomm and Google, which stand to lose out on a major customer if the ban is upheld. Although ZTE vowed to fight on, it last week announced it was closing down major operating activities.

Trade negotiations between the US and China are ongoing. Trump said Chinese authorities were aware of US demands, but he was yet to receive requests from China’s side, adding the meetings between the two on the issue were yet to begin.