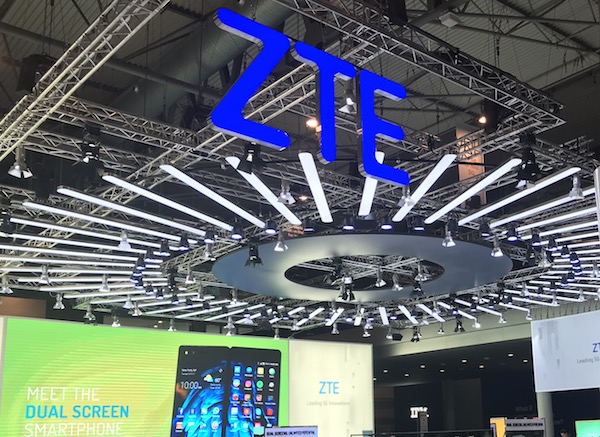 US President Donald Trump claimed to have let ZTE “reopen” following a deal which will see the troubled Chinese vendor pay a $1.3 billion fine, agree to purchase US equipment and overhaul its management team.

Tweeting last night (25 May), Trump also used the opportunity to take a swipe at the previous administration, arguing Barack Obama’s team had “let ZTE flourish with no security checks.”

Senator Schumer and Obama Administration let phone company ZTE flourish with no security checks. I closed it down then let it reopen with high level security guarantees, change of management and board, must purchase U.S. parts and pay a $1.3 Billion fine. Dems do nothing….

…but complain and obstruct. They made only bad deals (Iran) and their so-called Trade Deals are the laughing stock of the world!

Last month an import ban was imposed by the Department of Commerce (DoC) on ZTE after the Chinese company apparently failed to adhere to the terms of a March 2017 settlement in a case relating to violations of trade sanctions covering Iran.

The ban effectively threatened to put ZTE out of business, with the company announcing shortly after its “major operating activities” had ceased. US companies supply an estimated 25 per cent to 30 per cent of components in ZTE products.

Reports this week suggested it had already lost more than $2 billion in revenue since the ban was put in place.

Earlier this month, China appealed to the US government for an amendment to the block during trade talks.

Bloomberg reported the new deal for ZTE to resume operations will also see it hire American compliance officers to monitor its operations. Once ZTE complies, the DoC will lift the import ban.

ZTE, which employs around 80,000 staff, is yet to respond publicly to Trump’s move.

US impact
Trump previously claimed his change of stance is designed to preserve Chinese jobs, but also at stake is the health of some major US companies. Qualcomm and Google (among others) are key suppliers to ZTE.

Indeed, ZTE is believed to have spent $2.3 billion on exported US kit from 211 suppliers in 2017. Of those, the vendor paid Qualcomm, Texas Instruments and Intel more than $100 million apiece, Reuters previously reported.

Qualcomm warned of a likely impact on future earnings from the block in its recent fiscal Q2 2018 earnings announcement.

It is therefore no wonder that Trump now insists ZTE “must purchase US parts.”

Opposition
It’s also not fully certain this deal will be allowed to pass. Politicians from both the Republican and Democratic parties have criticised the announcement, accusing Trump of backtracking.

Meanwhile the Senate is set to vote on a National Defence Authorisation Act containing a provision which would make it difficult for the White House to undo restrictions on ZTE without congressional approval, setting up a potential showdown between Trump and Congress over an attempt to save Chinese (and, potentially, US) jobs.