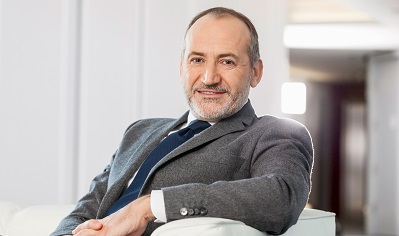 Alejandro Plater, A1 Telekom Austria Group CEO, said the company has a kitty of €1 billion to spend on acquisitions to strengthen its position in existing markets and enter new countries in Eastern Europe, Reuters reported.

Plater (pictured) told the news outlet expansion was necessary for the company to remain relevant, and it is looking East for new opportunities.

A1 Telekom Austria Group – a subsidiary of America Movil – already operates in Bulgaria, Croatia, Belarus, Slovenia, Serbia and Macedonia in addition to its home market. It also holds a minority stake in Telecom Lichtenstein.

Across several of its larger markets it already provides converged fixed, mobile and content services.

Plater’s statement on the group’s expansion plans come as analysts tip the sector in central and eastern Europe to heat up, with the entry of O2 Czech Republic owner-PPF Group into new markets across the region.

PFF recently struck a deal to acquire Telenor’s assets in Montenegro, Serbia, Hungary and Bulgaria and aims to become a mid-sized European operator. Following the deal, analysts tipped the company to shake up the sector in central and eastern Europe.