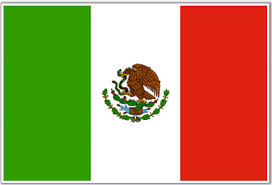 Telefonica’s Mexican business is not discussing the potential acquisition of assets from America Movil, which is taking steps to reduce its market dominance.

Francisco Gil Diaz, the chairman of Telefonica Mexico, denied to Reuters that his part of the business was in talks. However, he did not rule out discussions taking place between America Movil and Telefonica’s global headquarters in Spain (although he said he doesn’t believe anything is being worked on at the current time).

America Movil said in July last year that it would take steps to sell some of the assets it owns in response to pressure from Mexico’s Federal Institute of Telecommunications (IFT).

The IFT wants to reduce the company’s dominance in both the mobile (Telcel) and fixed markets (Telmex) and has proposed tougher rules to curb its dominance.

At the end of the fourth quarter of 2014, America Movil had 70.9 million mobile connections, according to GSMA Intelligence — around 68 per cent of the market. Telefonica’s Movistar was in second place with 21.0 million connections, with Iusacell on 8.9 million.

In another move that will shake up the Mexican mobile market, Grupo Salinas recently gained full ownership of Iusacell after broadcaster Televisa, its joint venture partner, handed over its 50 per cent stake.

The move paves the way for the agreed $2.5 billion deal for AT&T to acquire Iusacell to go ahead.

AT&T has been linked with the assets to be offloaded by America Movil in the country but this now looks less likely, unless the US player also attempts to buy both sets of assets to drive in-market consolidation. It is not clear what stance the IFT would take on such a transaction.