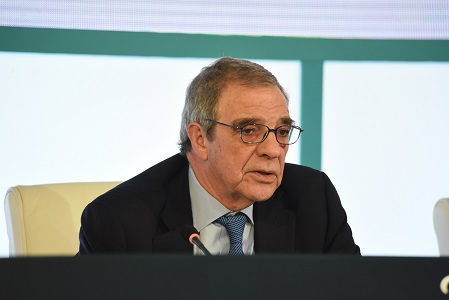 Long-time Telefonica chairman Cesar Alierta is to step down after nearly 16 years at the helm, with heir apparent Jose Maria Alvarez-Pallete set to take the hot seat.

The board will discuss the appointment of Alvarez-Pallete as executive chairman at its next meeting on 8 April. He is proposed for the post by Alierta.

Alvarez-Pallete is himself a long-serving Telefonica executive, most recently holding the post of chief operating officer since 2012.

Telefonica moved ahead of rivals through Alierta’s decision-making, said the statement, citing amortisation of 3G licences and the creation of Telefonica Digital as examples.

The mention of Telefonica Digital indicates the nature of the challenge for the new man.

“Alierta considers Alvarez-Pallete as the best prepared executive to make a smooth transition and position Telefonica once again at the forefront, but this time, at the forefront of the digital sector,” the statement added.

Alierta will remain on the board, focusing on charitable causes, including digital education. He will also maintain the chairmanship of Fundacion Telefonica.