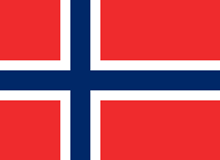 Failing to win 4G spectrum in Norway cast a pall over Tele2’s Q4 results, with Mats Granryd, CEO, acknowledging that a cloud of uncertainty now hangs over the group.

He was nonetheless in fighting mood. “I see 2014 as a year when we remove uncertainty around Tele2,” he said.

The Tele2 boss called on the group’s businesses in the Netherlands and Kazakhstan to “maintain their momentum within mobile” and for Tele2 Sweden to “cement its position in mobile data services”.

“The situation in Norway will be addressed in a way that maximizes value for shareholders,” he added, although there was no hard detail as to how this might be done.

There were reports this week that Tele2 was in talks with Access Industries, Norway’s surprise new entrant, about how it might revive its 4G ambition in Norway.

Along with the Netherlands and Kazakhstan, Granryd sees Norway as key to growth outside its home market of Sweden.

The Tele2 boss did not confirm such talks, but has previously committed to launching 4G in Norway on 1 May using existing frequencies.

Encouragingly for Tele2, Q4 mobile end-user revenue for the group was up 5 per cent, to SEK3.72 billion ($570 million), compared with the same quarter the year before.

Tele2 attributed the increase to mobile data revenue, which compensated for a decline in sales from mobile voice and SMS.