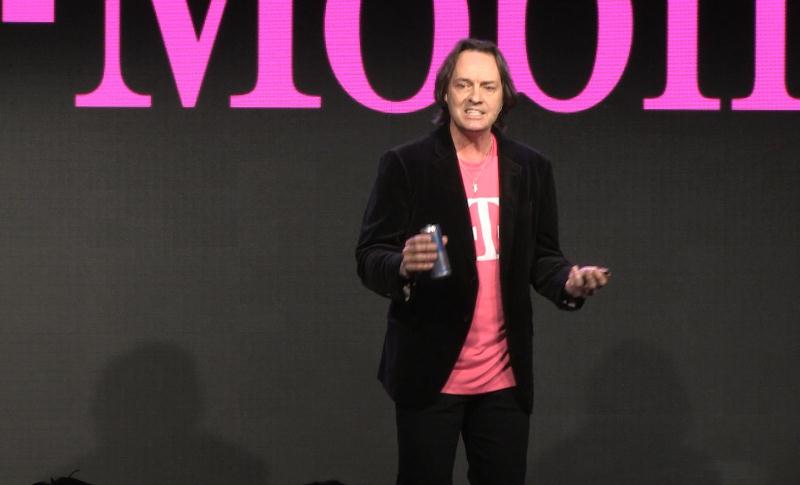 The company ended the quarter with 56.8 million total customers, adding 1.8 million net new customers in the three months. Branded contract net customer additions were 1.1 million, with 991,000 phone adds – “expected to be the highest in the US wireless industry once again” – and 134,000 mobile broadband gains.

It also said that postpaid churn was down, reflecting “ongoing improvements in the Company’s network, customer service, and the overall value of its offerings in the marketplace, resulting in increased customer satisfaction and loyalty”.

With T-Mobile US’ closest rival – Sprint – set to report its numbers next week, it will be a close call as to which has the upper-hand in terms of subscribers. While Sprint has seen a long period of struggles, the company appears to have gained some momentum under recently-installed CEO, Marcelo Claure.

But T-Mobile US was pushed into the red again, with a Q1 net loss of $63 million, compared with a Q1 2014 loss of $151 million, on revenue of $7.78 billion, up from $6.88 billion. It had reported a profit in the previous sequential quarter, and now said it “expects earnings per share to be positive in all the remaining quarters and full-year 2015”.

The company noted factors including a non-cash revenue deferral following the introduction of its Data Stash proposition, as well as “strategic investments in growth” made during the period.

Following its combination with MetroPCS, fewer than 500,000 subscribers remain on the CDMA network this company operated, and approximately 80 per cent of MetroPCS’ spectrum has been refarmed and integrated into the T-Mobile network.

During the quarter, CDMA networks were shut down in Atlanta and Detroit, bringing the overall total to eight closures – with only three major markets left. This process is expected to be completed this year.

T-Mobile US is also continuing the rollout of its LTE network, which is reflected in its cash capital expenditure. Q1 cash capex was $982 million, down from $1.3 billion in the fourth quarter of 2014, and up from $947 million in the year-ago quarter.