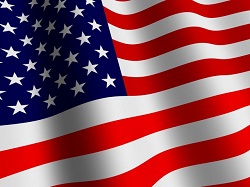 The proposed merger between Deutsche Telekom’s T-Mobile USA and MetroPCS will create a strong, value-focused player in the US market, but also creates a platform for the combined company to make a major play in 4G services.

The combination of the current number four and number six operators in the country comes amid a flurry of M&A activity in the US market. According to regulatory filings, MetroPCS discussed tie-ups with as many as eight different firms before inking the deal with T-Mobile.

One suitor to miss out was Sprint Nextel, which subsequently struck a $20.1 billion deal with Softbank, selling a 70 percent stake to the Japanese firm and raising $8 billion in new capital. While MetroPCS’ share price has rallied recently on the suggestion that Sprint could attempt to trump T-Mobile with a counter bid, reports this week suggest this is now less likely as it concentrates on closing the Softbank deal.

Wireless Intelligence data shows that, on a pro forma (Q3 2012) basis, the tie-up between T-Mobile and MetroPCS (dubbed ‘T-Metro’) would consolidate T-Mobile’s existing number four position on 42.3 million connections, giving it an overall market share of 13 percent, behind Sprint on 56 million (16 percent).

However, T-Mobile’s large installed 2G-GSM base, which accounted for almost two-thirds of its total connections in Q3, coupled with MetroPCS’ 2G-CDMA base (about 80 percent of its total) will give T-Metro a dominant 29 percent share of the country’s 2G market.

We also calculate that the merged entity will control over 20 percent of the US prepaid market, putting it on par with Sprint, which operates several prepaid brands: Virgin Mobile, Boost Mobile and Assurance Wireless. The strong 2G and prepaid standing underlines T-Metro’s initial goal of becoming a “value leader” targeting “fast growing no-contract services”.

The merger is also designed to bolster the spectrum position of the enlarged operator, allowing it to compete more effectively in the 4G space. MetroPCS was the first US operator to launch LTE (in September 2010) and expects to have covered 97 percent of its CDMA footprint with LTE by the end of 2012. Meanwhile, T-Mobile does not plan to switch on LTE until next year, making it the last of the US ‘big four’ operators to do so. It is deploying the new network using AWS spectrum and has increased its spectrum holdings in this band significantly this year: it received a chunk from AT&T due to last year’s aborted merger between the pair, and another from Verizon Wireless, a condition of the market-leader’s purchase of additional spectrum from a group of cable companies.

Unlike in the 2G space, where T-Mobile and MetroPCS run different technologies (GSM and CDMA, respectively) their 4G spectrum holdings are largely complimentary allowing them to work towards what they called “one common LTE network.” Over the next three years, the merged entity plans to redeploy T-Mobile’s current HSPA services in the PCS (1900 MHz) band, freeing up the AWS (1700/2100) spectrum for LTE. All of MetroPCS’ CDMA customers are to be converted to LTE by the end of 2015, while GSM will be retained for “roaming, M2M and legacy devices.”

Once the transaction is complete, T-Metro will have 76 MHz of spectrum covering the country’s top 25 metro areas. This compares to Verizon’s 109 MHz, AT&T’s 97 MHz and Sprint’s 54 MHz – the latter excluding spectrum held by Clearwire.

T-Metro accounted for 4 percent of the US 4G market in Q3 (pro forma), all of this relating to MetroPCS’ 1.1 million LTE connections. However, the combined firm is aiming to reach 200 million of the US population with LTE coverage by the end of next year.