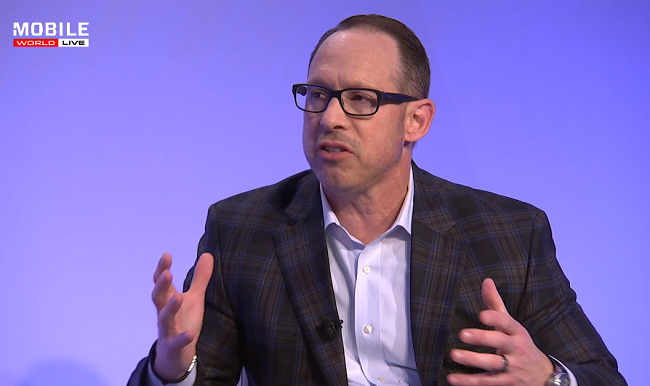 INTERVIEW: Synchronoss urged operators to take a closer look at blockchain technology, arguing it has the potential to make the mobile industry more efficient.

CEO Glenn Lurie (pictured) acknowledged blockchain is a complex technology and can be difficult to understand. But, at its core he said it’s just “a way to count things, in a sense, and have trust in a transaction”.

“I think when you look where the wireless industry is going, whether you talk about transactions that carriers may make in-country, between countries…there are so many opportunities to use it,” he said, citing applications in RCS messaging and roaming as examples.

He insisted if they’re willing to tackle the challenge, operators can play “a major role” in the blockchain ecosystem.

Lurie also addressed gender diversity in tech, noting the industry is progressing, but “not fast enough”.

“The reality is when you look at the senior levels of our industry it’s still predominately men. And that has to be impacted by thought, action plans and not just talking about it”.

Subscribe to our daily newsletter Back
Previous ArticleMobile Mix: “Hey Google, what’s Qualcomm up to?”
Next ArticleTelecom Italia open to Brazil sale if price is right