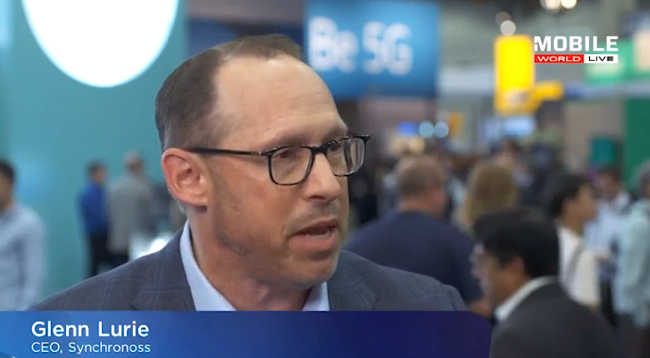 INTERVIEW: Synchronoss CEO Glenn Lurie (pictured) insisted the company is well placed to take advantage of opportunities in the cloud, IoT and messaging markets, despite a challenging Q2 in which revenue dropped 36 per cent year on year.

Speaking with Mobile World Live at MWC Americas, Lurie acknowledged the company has undergone a lot of changes recently, including the refiling of results and a shake-up of its leadership with the additions of a new CFO, CMO and board member in the past year. But he said all of the changes thus far have been positive, adding the company has offerings in all of the “critical spaces” operators are focused on for the future.

Lurie took over as CEO of Synchronoss in November 2017, after leaving a role as CEO of AT&T Mobility.

“The best thing is we haven’t lost a single customer throughout all this mess I’ll call it, or fun. At the same time we’re adding customers, we’re doing deals. So yeah, I feel good about where we are. We’ve got work to do, but it’s been fantastic.”

During the interview, Lurie also shared his thoughts on the current state of the IoT market and the impact 5G is set to have in the space. To watch the full interview, click here.