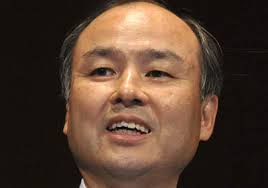 Japan’s SoftBank, India’s Bharti Enterprises and Taiwan’s Foxconn have set up a joint venture that will invest an estimated $20 billion over 10 years into renewable energy projects in India.

SoftBank will take a majority stake, while Bharti and Foxconn will have minority stakes in Delhi-based SBG Cleantech, which will bid for solar and wind energy projects across different states, the Economic Times said.

“Our eyes are trained on India, given the vast potential that the country offers. With this partnership, our goal is to create a market-leading clean energy company, to fuel India’s growth with clean and renewable sources of energy,” SoftBank chairman and CEO Masayoshi Son (pictured) said in a joint statement.

“We believe in projects that have a transformational impact on society. This renewable energy venture with SoftBank and Foxconn has the potential to transform the Indian economy,” said Sunil Bharti Mittal, chairman of Bharti Enterprises.

Manoj Kohli, a Bharti veteran, who until recently led Bharti’s emerging businesses, will be the executive chairman and Raman Nanda will be the CEO.

Son and Mittal will be visiting the Andhra Pradesh and Rajasthan regions over the next two days to talk to state government officials about potential projects, the Times said.

Mittal said the first clean energy project should start in 12 to 18 months and noted that land acquisition should not be an issue since the venture will use arid, non-cultivable and non-irrigable land.

Last week SoftBank announced it was partnering with contract manufacturer Foxconn and China e-commerce giant Alibaba to set up a robot venture to sell its human-like robot globally.

The company, Japan’s third largest mobile operator, has been investing aggressively in tech companies over the past year. Just this month it has announced it will invest $1 billion in South Korea’s biggest mobile commerce company Coupang and has increased its stake in Supercell, the Finnish company behind popular gaming apps like Clash of Clans and Hay Day, from 50.5 per cent to 73.2 per cent.