Sigfox bullish on US operator potential 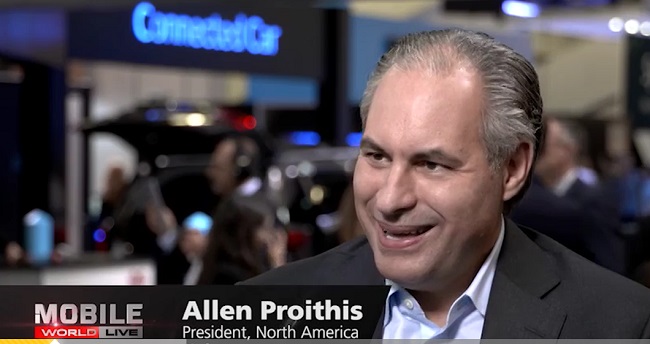 EXCLUSIVE INTERVIEW: Proprietary low power wide area (LPWA) IoT player Sigfox is confident about its chances of landing partnerships with big operators in the US, its North America president Allen Proithis proclaimed as he opened up on prospects in the region.

In an interview conducted during Mobile World Congress Americas, Proithis said the company is yet to pursue mobile operator partnerships in the US, as it continues the build out of its network (begun just two years ago), but believes the potential is certainly there.

And Proithis is not deterred by the fact the big four US mobile operators have already committed to 3GPP-standardised cellular LPWA technologies.

AT&T and Verizon have already rolled out LTE-M networks nationwide, while Sprint’s LTE-M network is in progress. T-Mobile US, meanwhile is initially pursuing NB-IoT.

Sigfox struck an agreement with Telefonica in Europe to complement the operator’s cellular LPWA network with its proprietary set up (it also has partnerships with T-Mobile in Europe and KDDI in Japan), and Proithis said the same can be replicated in the US.

“We’re open to working with operators. We think it’s a very natural evolution. We think you’ll see more of that very soon,” he stated.

He believes there will be a natural progression in the US, where the country’s operators will need to find alternative solutions to complement their LPWA networks.

“I think that the big operators will eventually all need to find some low power wide area solution because the 3GPP technologies won’t get them low enough in the stack.

“It’s almost like the early days when Wi-Fi first came out, and the initial reaction was: ‘we don’t need Wi-Fi here, we have all these great cellular technologies.’ And they came to realise its really something different…We’re coming at it from the other side, with the aim of making the most simple, cheapest, most battery efficient technology to connect those billions of things that whisper rather than shout data. So frankly, we’re extremely complementary to all those 3GPP technologies.”

In another sign of the narrowing gap between licensed and unlicensed LPWA technologies, Sigfox last week announced the launch of a new dual chipset, in partnership with GCT Semiconductor.

The chip will be compatible with both cellular LPWA technologies (NB-IoT, LTE-M and EC-GSM) and Sigfox’s own unlicensed IoT technology.