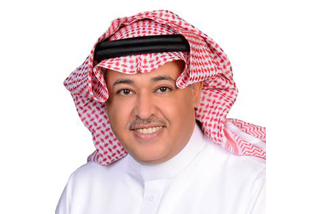 Saudi Telecom Company (STC) has chosen Khaled bin Hussain Biyari, who already holds a handful of important roles within the operator, as its new CEO — nearly two years after his predecessor departed.

Biyari (pictured), who currently serves as SVP for technology and operations at STC, will take up the top spot from 27 April 2015. His other roles include chairman of STC Advanced Solutions, vice chairman of Viva Kuwait, the same position at OTL and a board position with both Turk Telecom and Avea.

The operator has taken its time with finding a replacement for Khaled al-Ghoneim, who resigned after less than nine months in his position in March 2013. At the time, STC cited “special circumstances” as being behind his departure, without giving any further detail.

However, subsequently the company has enjoyed a period of stability under chairman Abdulaziz al-Sugair who took the reins as acting CEO. He is likely to remain in that role until Biyari takes up the post.

Quarterly financial results picked up, although more recently STC’s performance has taken a dip. Yesterday (19 January), the company announced a 33 per cent fall in Q4 net profit to SAR2.44 billion ($649 million) compared to the same period in 2013.

The company attributed the fall to a number of factors including an increase in operating expenses caused by the booking of a one-time charge relating to its investment in Oger Telecom, as well as increases in depreciation and amortisation charges and general & administrative expenses.