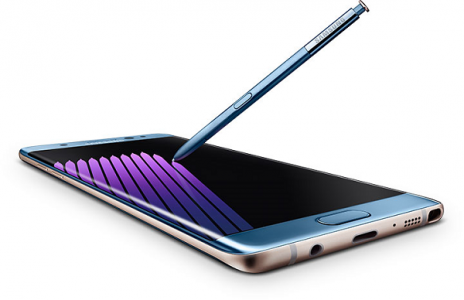 Samsung reportedly halted production of the Galaxy Note 7 following reports of fires with new devices, issued after the company’s recall of earlier models.

According to several news outlets, the company has been forced to suspend production after customers reported problems, suggesting it hasn’t fixed the original issue.

Apparently, a replacement device caught fire on a US aeroplane last week, and several similar issues were then revealed.

Previously, the finger has been pointed at the device’s battery technology.

Samsung has not officially confirmed the move, but reportedly said in a statement it was “temporarily adjusting the Galaxy Note 7 production schedule in order to take further steps to ensure quality and safety measures”.

In a further blow, top US operators AT&T, Verizon and T-Mobile said they had stopped issuing replacement Note 7s to customers, and had halted sales of the device. Other operators, including Australia’s Telstra, have done the same.

Samsung first issued a global recall of some 2.5 million Note 7s on 2 September.

It was thought the recall could cost the company as much as $2 billion, before this latest development – not to mention the impact it would have to its reputation in the highly competitive smartphone market.

“I think the cleanest thing to do is to give up on the Note 7, Park Jung Hoon, HDC Asset Management fund manager, told Reuters. “What’s scary is that this is causing people to repeatedly doubt Samsung’s fundamental capabilities, so it’s important for Samsung to get past this issue quickly.”