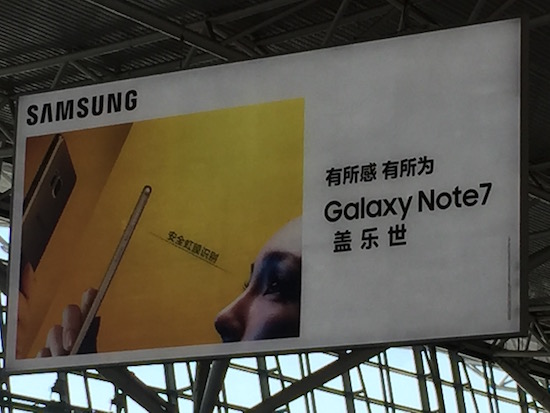 South Korea-headquartered vendor Samsung concluded design and manufacturing faults of batteries in its Galaxy Note 7 caused some devices to overheat, in the official outcome of an investigation into the problem.

The company said it initiated several corrective actions to avoid similar problems in the future.

Samsung’s investigation, which also involved third-party testing organisations UL, Exponent and TUV Rheinland, found the casing of the original lithium-ion battery was too small, causing the negative electrodes to bend and in some cases short-circuit and catch fire. Following a global recall, the replacement battery from another supplier had a different defect, which also caused some Note 7 devices to ignite.

The vendor said in a statement the large-scale probe, which involved more than 700 Samsung researchers testing more than 200,000 devices and 30,000 batteries, examined the Note 7’s hardware, software, and related processes including assembly, quality assurance testing and logistics.

DJ Koh, president of Samsung’s Mobile Communications Business, acknowledged the company provided the battery specifications for the Note 7 and said the vendor takes “responsibility for our failure to ultimately identify and verify the issues arising out of battery design and manufacturing process prior to the launch of the Note 7”.

Samsung said it is undertaking a broad range of internal steps to enhance product safety, including implementing a multi-layer safety measures protocol at the product planning stage, and an eight-point battery safety check.

“We look forward to moving ahead with a renewed commitment to safety,” Koh said. “The lessons of the past several months are now deeply reflected in our processes and in our culture. More than ever, we are committed to earning the trust of our customers through innovation that redefines what is possible in safety, and as a gateway to unlimited possibilities and incredible new experiences.”

The smartphone giant also formed a Battery Advisory Group of external advisers, academic and research experts to ensure it maintains a clear and objective perspective on battery safety and innovation.

Last week Samsung was tipped to confirm the batteries used in its Note 7 smartphone were the cause of fires, which sparked a recall of 2.5 million devices last October.

Samsung, which is preparing to launch its latest flagship the Galaxy S8 in the first half of the year, promised to publicise the results of its investigation into the Galaxy Note 7 as part of a programme to rebuild consumer trust in its brand.

The world’s largest smartphone maker axed the Note 7 in early October after several devices caught fire. While the vendor initially blamed a faulty batch of batteries from another Samsung unit (Samsung SDI) for the problem and recalled 2.5 million units, it conceded defeat after some initial replacement devices featuring batteries from its other supplier, China’s Amperex Technology, were affected by the same problem.