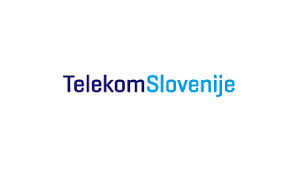 The privatisation of incumbent Telekom Slovenije is on hold until Slovenia’s new government, which is likely to take power later in September, backs the sale, said Finance.

Telekom Slovenije is the country’s leading mobile operator, as well as fixed incumbent. It is worth an estimated $1 billion.

The sale has been on hold since early July when the previous government decided to suspend the process, pending the result of the 13 July elections.

Cerar’s SMC party is set to sign a coalition agreement with pensioners’ party Desus and centre-left Social Democrats to form a new goverment.

However, both Desus and the Social Democrats are known to be sceptics on privatisation. Cerar himself appears lukewarm on the subject.

As a compromise, the new government could sell the incumbent’s services business while keeping control of its infrastructure, said local media reports.

It is unclear if such a services-infrastructure split would apply to the operator’s mobile network too.

Previously, the likes of Deutsche Telekom and Turkcell were interested in buying Telekom Slovenije, as well as private equity firms.