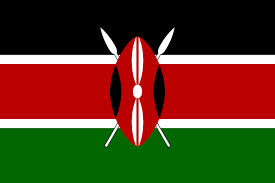 The Communications Authority of Kenya (CAK) finally approved a bid by Safaricom and Airtel to acquire the assets and subscribers of Yu, the country’s third-largest mobile operator which is owned by Essar Telecom.

The approval comes a month after Yu’s two bigger rivals made their application to CAK.

Safaricom expressed an interest in buying Essar Telecom’s passive infrastructure (located on 453 sites), while Airtel had its eye on Yu’s GSM licences and subscribers.

However, the industry regulator attached strict conditions on all three companies before the deal can go ahead.

According to allAfrica.com, conditions include the payment of Essar Telecom’s outstanding licence fees. That means both Safaricom and Airtel will each have to stump up $5.4 million.

Yu’s SIM cardholders must also be able to retain their numbers and related contracts during the transition period.

“Additionally, the authority is also requesting that Airtel submits the proposed Service Level Agreement (SLA) for the subscribers acquired from Essar Telecom,” stated Francis Wangusi, the CAK’s director general, quoted by allAfrica.com. “Consumer protection is one of the core mandates of the Authority. In considering its obligation, the Authority has asked the three firms to ensure that in their proposed arrangements guarantee seamless continuity of services to subscribers.”

CAK has provided a six-month transition period to allow for the “seamless transfer”.

According to estimates from GSMA Intelligence, Yu had 2.8 million connections by the end of 2013, well behind market-leader Safaricom (20.1 million).

Airtel had 5.7 million connections, while Orange (Telkom Kenya), in fourth place, had 2.3 million.