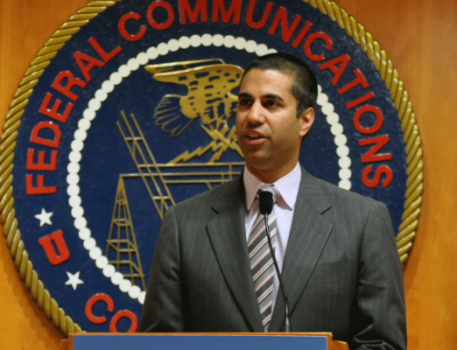 Federal Communications Commission (FCC) Chairman Ajit Pai will today reveal his plan for revoking US net neutrality rules ahead of a meeting to discuss the plan in mid-May.

Pai said the regulator is ready to fight to dismantle the rules, which he believes have hampered investment and widened the digital divide in the country.

The FCC will likely face a lively public debate on its target of overturning the 2015 Open Internet Order.

Pai previously said the FCC wants a “light-touch framework” with vastly reduced regulation on internet service providers (ISPs). The current rules require ISPs to treat all internet traffic equally, and prohibits them from offering a superior quality service for some online content at the detriment of others.

In a statement yesterday, Pai said rules introduced under his predecessor failed to encourage investment in broadband networks, resulted in existing upgrade plans being shelved, and weakened consumer privacy.

Pai vowed to “fix the problems that the prior FCC created,” with its new policies.

Since Pai, a vocal opponent of net neutrality laws, took office in January the fate of the law was the subject of much speculation. This was intensified when the US government began moves to roll-back scheduled FCC internet privacy regulations in March.

Earlier this month, the Internet Association expressed its vigorous support for the current regulations. After a meeting with Pai and the FCC, the organisation – which counts Google, Amazon and Facebook among its backers – said it would oppose any move to remove net neutrality laws.

There is also likely to be opposition to Pai’s plan from within the FCC and other lobby groups.