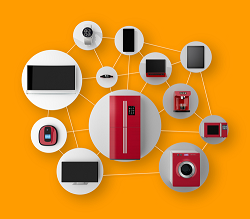 To date the company has opted to deploy LoRa technology for the support of Internet of Things (IoT) services that only require low data rate capability. Unlike LTE-M, LoRa is a non-cellular LPWA technology using unlicensed spectrum. Despite its lack of support from mobile standards group 3GPP, it has enjoyed global traction, with deployments from mobile operators KPN, SoftBank and SK Telecom, in addition to Orange.

In September Orange announced it had exceeded its LoRa deployment goal for the first half of 2016, with 18 urban areas in France covering around 1,300 towns now able to use the network. By the end of January 2017, the operator wants to extend the LoRa network to 120 urban areas, approximately 2,600 towns.

Orange’s decision to test a 3GPP-based LPWA technology isn’t a huge surprise, given it has previously stated that LoRa technology “is complementary to our overall strategy for Internet of Things.” What is somewhat less expected is the fact that Orange is opting for LTE-M over NB-IoT, another 3GPP-based LPWA tech. NB-IoT is expected to be commercially deployed by Deutsche Telekom and Vodafone, among others, in Europe next year and has certainly seen more attention in this region than LTE-M.

For Orange, LTE-M is believed to be better than LoRa at supporting more bandwidth-hungry services, with LTE-M typically supporting data rates of around one hundred kb/s. NB-IoT is expected to resemble LoRa more closely in terms of power consumption and range capabilities.

Interestingly, Orange’s dual-tech approach to LPWA seems to echo that of SK Telecom. The South Korean operator is also betting on LoRa and LTE-M for low power IoT services.

US foothold
LTE-M has seen strongest support so far from US operators (although European carriers Telia and Telenor have been trialling the tech on a smaller scale). Last month AT&T upped the ante in its battle with rival Verizon to lead the US market in launch of cellular-based low power IoT services, switching on a commercial site in San Francisco running LTE-M.

It is claimed to be North America’s first LTE-M site and AT&T plans to make the technology available across its commercial network throughout 2017. However, Verizon has said it will beat AT&T to launch by switching on commercial networks by the end of this year.

Both NB-IoT and LTE-M were only ratified as standards just a few months ago (June). As a result, commercial availability lags other, non-cellular LPWA offerings such as Sigfox, LoRa and RPMA (from Ingenu Networks).