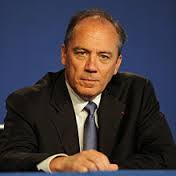 Stephane Richard, the chairman and CEO of Orange (pictured), said that the French group will look at opportunities for consolidation in its home market after it closes a deal to sell EE, its joint venture with Deutsche Telekom, to BT.

Speaking at a news conference, which was reported by Reuters, Richard said that the company would look at other opportunities in addition to consolidation, and hoped to close the €3.4 billion deal to acquire Spanish broadband player Jazztel in the spring.

The Jazztel deal is currently subject to an expanded investigation from EU antitrust authorities.

UK telecoms giant BT announced in December that it was in exclusive talks with Orange and Deutsche Telekom about acquiring EE, which is the largest operator in the UK, for £12.5 billion.

Richard said last year that he did not see space for four operators in France and that “given the level of investments needed in fixed and mobile roll-out, and upcoming spectrum allocation, we will see consolidation come back to the table again”.

However, Orange is not the one who needs deal-making most, he claimed: “We are not the ones who are suffering the most from the absence of consolidation.”

Nevertheless, the operator is keeping an eye on any developments: “We will be very attentive to possible interests from various actors,” added Fernandez.

Orange was reported to be in talks about buying smaller French operator Bouygues Telecom in May last year. This was after Bouygues lost out to cable player Altice in its pursuit of its rival SFR in April.

Altice acquired SFR from media company Vivendi for €13.5 billion and has subsequently been linked to acquiring Bouygues Telecom.

An approach by Altice for Bouygues is likely to face greater regulatory scrutiny than the SFR deal as it would mean the total number of operators in the country would be reduced from four to three.

Low-cost player Iliad became the fourth mobile player in France when it entered the market at the beginning of 2012, putting its established rivals under severe pressure through aggressive price competition.