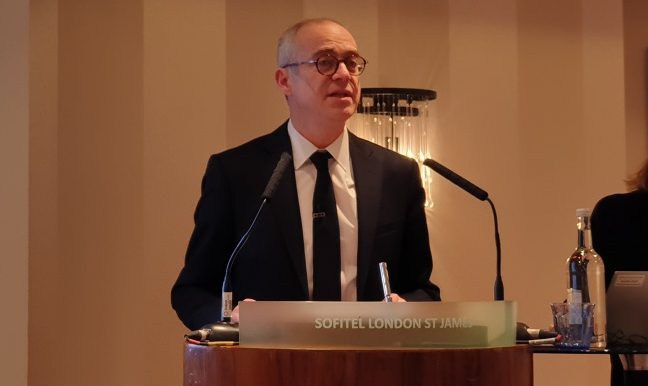 Orange delegate CEO Ramon Fernandez (pictured) warned it would be a huge error for regulators to block RAN sharing deals in Europe, given the positive impact such agreements offer in terms of network energy consumption and service availability.

Speaking at a European strategy update in London, Fernandez said: “If we want to save the planet we need to be in a position to share the energy impact of our networks” adding it would be a “big mistake for regulators to say we cannot have some consolidation in the top telecom players”.

“If this was the policy in Europe I don’t see how we could serve our customers in an efficient manner with investments which are increasingly high with new technological generations.”

His comments came two weeks after regulators in Belgium put Orange’s network sharing deal with Proximus on hold pending the outcome of an investigation into its impact on competition in the market.

Pain in Spain
During the session, Orange Spain CEO Laurent Paillassot detailed plans to strengthen its position in the hugely competitive market by increasing its play in the value segment.

The unit intends to be “defensive” on its core brand while being “on the offence” across its other propositions in the market. This will largely take the form of pushing converged services across its low- and mid-tier sub-brands, with the ultimate aim of upping pressure on the market’s largest provider, Telefonica.

In addition to boosting convergence on its value brands, Orange Spain also aims to increase its B2B play, achieve savings through an existing network sharing deal, transform its IT network and pursue “agile working” policies for employees.

Engage2025
The strategy day brought together senior executive from the group’s European divisions outside of France to discuss specific initiatives detailed in the group-wide Engage2025 strategy, a five-year plan unveiled by CEO Stephane Richard at an event in Paris in December 2019.

Potential opportunities cited across its footprint include a boost in financial services, B2B and benefits achieved through cost saving initiatives.