O2 chief presses ahead with IPO 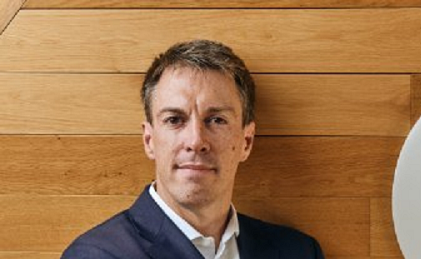 Mark Evans, CEO of Telefonica UK, said a listing for O2 remains the target, despite its parent pulling plans for an IPO of Telxius last week amidst a lack of investor enthusiasm.

“The IPO is a process that fundamentally Telefonica has control of, subject to the market having the capacity,” Evans pointed out to The Telegraph.

“Undoubtedly a listing is the frontrunner and it’s going to take something quite incredible to knock us off that trajectory,” he added.

Evans, who took over the hot seat from Ronan Dunne in August, admitted that a listing of O2 will not take place before the US election on 8 November. A victory for Donald Trump has the potential to throw stock markets into turmoil.

A report last week said Telefonica hopes to list about 30 per cent of its O2 unit in the UK as soon as December. In the event of unsettled markets, the listing could be postponed until early 2017, it was reported.

But the Spanish operator has already admitted defeat in the case of infrastructure unit Telxius, whose IPO was dropped because of insufficient demand among investors.

The Telegraph report noted that, if successful, the O2 listing would be the largest on the London Stock Exchange since 2011.

“My brief, along with the rest of the team, is to be ready. Ready as soon as possible,” said Evans.

Telefonica wants to retain a majority stake in the UK unit but is keen to gain funds for debt repayment. Evans said the IPO range is between 25 per cent and 49 per cent, with Telefonica making the final call.

However, he does back a retail offer for O2 that would give the opportunity for millions of its subscribers to become shareholders, a move that could boost demand and push the valuation of the UK operator close to the £10.3 billion Telefonica was to have received from CK Hutchison before the deal hit regulatory opposition.

Mobile-only
Of course, no listing is without risk factors. Evans will face scrutiny from potential investors about its mobile-only strategy, inherited from former boss Dunne, that goes against the prevailing industry logic of multiplay packages combining mobile, fixed, broadband and pay-TV.

Parent Telefonica sold its broadband and fixed line businesses in the UK to broadcaster BSkyB in 2013, leaving O2 short of its rivals’ multiplay capability.

“When analysts will undoubtedly pose me the question, ‘Do you have a viable future?’ I can simply point to the BT-EE transaction,” he responded.