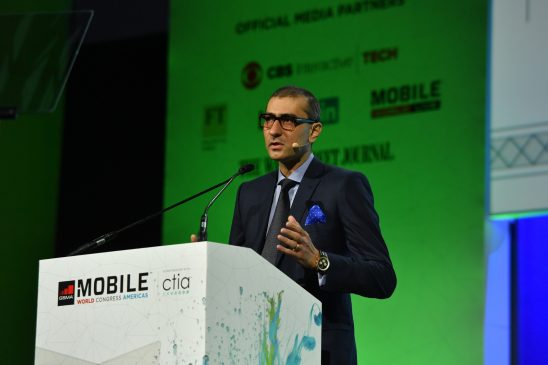 Nokia CEO Rajeev Suri hailed the impact of strong 5G demand on the company’s numbers in Q2, but warned risks related to trade uncertainty and difficulties in China could impact the vendor’s performance for the rest of the year.

Suri said the company had delivered a “strong second quarter”, which follows a tough Q1 partly attributed to commercial aggression from some of its 5G rivals. By the end of June, Nokia had 45 commercial deals in place for kit related to the new network technology and nine live deployments.

The executive also noted positive performances in its Software and Enterprise and IP Routing businesses. Despite talking-up its progress, the company continued to operate in the red for the period largely due to one-off costs. Its net loss was €191 million compared to a deficit of €271 million in Q2 2018.

Excluding special items, restructuring fees and continuing costs related to the acquisition of Alcatel Lucent, Nokia would have made a profit of €258 million, up from €139 million year-on-year.

In terms of sales, Nokia booked a 13 per cent jump in cash made from North America with its units in Latin America and Asia Pacific also booking rapid growth rates. Total net sales increased from €5.3 billion in Q2 2018 to €5.7 billion in the three months to end-June 2019.

Tempering expectation for H2, Suri said: “Risks remain in the year, including execution demands in the second half, trade-related uncertainty and challenges in the China market. Given these risks, we will continue to focus on tight operational discipline, delivering on our €700 million cost-savings program, improving working capital management and advancing the implementation of our strategy.”

However, Nokia expects a “particularly strong” fourth quarter (after a forecast “soft” third quarter) as customer demand for 5G kit increases. In Networks, it now expects slight overall market growth in 2019, while its earlier forecast was based on a flat market.