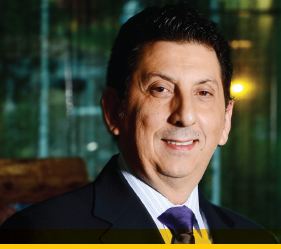 MTN Group announced the resignation of Ahmad Farroukh, CEO of its South Africa unit, effective 31 July, as strikes over pay continue and sales decline in the region.

Group president and CEO Sifiso Dabengwa described the departure as “unavoidable,” taken “due to personal and family reasons”.

No successor has been announced for Farroukh (pictured), who joined MTN in 2006 and also served as CEO of the group’s units in Nigeria and Ghana.

The news comes amid a strike over pay by 2,000 of the company’s workers in South Africa, Reuters reported.

The strike is now in its second month and entry-level staff earlier rejected an eight per cent pay increase offer.

The operator has also been dealing with a decline in sales as a result of competition and price cuts by regulators.

South Africa is MTN’s second largest market after Nigeria where it has around 22.4 million connections and 32 per cent market share, according to GSMA Intelligence. It also has operations in other countries in Africa, Asia and the Middle East.

In April, Dabengwa said MTN is leaning on non-voice services, including data and mobile money, for its revenue growth.