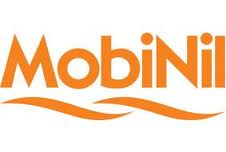 Egyptian operator Mobinil is set to list up to 15 per cent of its stock or sell a stake to a local partner, according to parent Orange.

Mobinil is 99 per cent owned by Orange, and the company’s chief executive Stephane Richard said it will either list between 10 per cent to 15 per cent of the company on the Cairo bourse, or seek new local strategic partners in 2016, said Reuters.

Mobinil said in March it would look to seek additional capital by the end of this year.

In a press conference, Richard also revealed Orange will increase its stake in its Moroccan subsidiary Meditel from 40 per cent to 49 per cent. He also said Tunisia is another market where it might expand.

Orange is banking on growth in Africa and the Middle East after selling off parts of its mobile business in Europe, including stakes in the UK, Switzerland and Portugal.

Orange has also been looking at ways to create a separate unit for Middle East and Africa to attract investors. Previously, it has been reported that Orange has plans to spin off the emerging markets business.

“I’m thinking of Tunisia, I’m thinking of Morocco. So there is organic growth which is still an engine for us,” he said. “We will try and be very active in terms of M&A to expand our footprint in Africa.”

Combined, Orange has almost 100 million connections in the Middle East and Africa according to GSMA Intelligence, with Egypt, Morocco, Tunisia, Senegal and Mali among its largest operations.